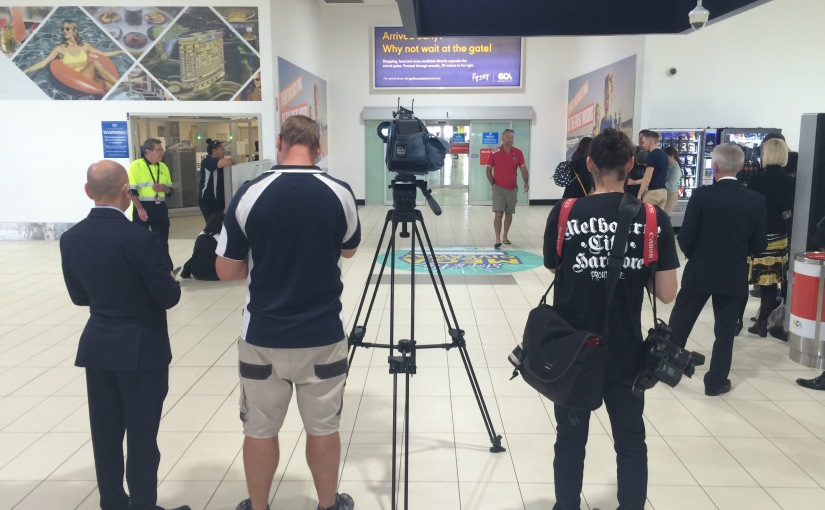 I took this shot as I was leaving Gold Coast Airport after my recent trip to Brisbane. Often upon leaving the airport I have seen people waiting eagerly for their family and friends to walk through the doors after a long trip away from home, but I haven’t seen a camera set up ready for what I assume was a VIP arrival of some sort. 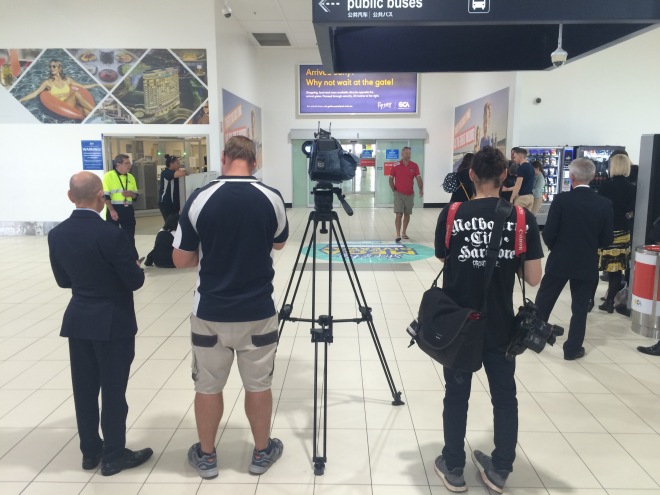 I wonder who it was. I have on a couple of occasions seen footballers and managers flying inbetween games to who knows where, and I remember being on the same flight as Jeremy Kyle (not that I am proud of that), who is Britains answer to Jerry Spinger on route from London to Newcastle.

I know who I would love to see walking through those doors however, the band Muse (no surprise to most of you!), Joe Rogan perhaps as I’m loving his podcasts recently. But my question to you is who would really catch you by surprise if you were to see them in the same terminal as you? If you could have anyone walk through those doors, who would it be? Have you encountered any big name travellers in the past?

I’ve learned in airports to always keep a lookout as you never know who is sharing the same space with you.