This is Bishop Auckland, a small town in County Durham in the North East of England. I lived here all my childhood, born in the hospital just up the road before moving to the Texas on an internship at 21. It is a town with a very proud history, and a not so proud recent history. Those were my thoughts until I came back recently to see what had changed.

Vikings still roam the streets and mingle with the locals… 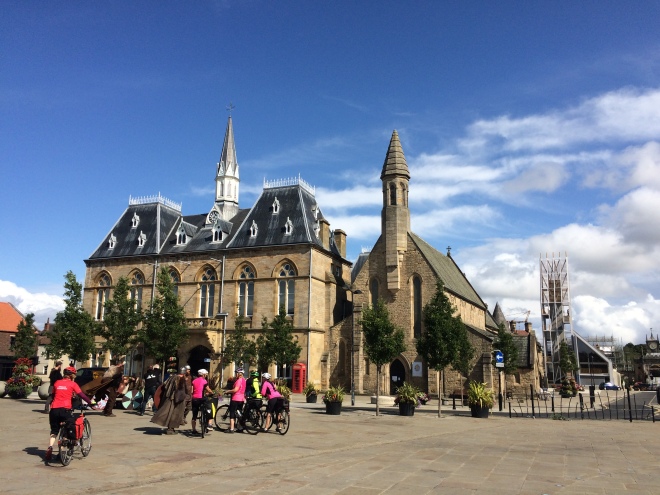 Sometimes unsuspecting locals are grabbed by said vikings and benches are used as makeshift chopping blocks.

And growing up I often thought this town hadn’t kept with the times. It has had a great history though, a thriving town during the Industrial Revolution with the surrounding mining towns and villages. It is also home to Auckland Castle, historically a home for the Bishops of Durham and a place they came to hunt. Auckland Castle sits right behind the Town Hall seen in the above picture.

The Auckland Project, a fantastic project that I will introduce you to shortly, states that ‘Auckland Castle was built to host lavish medieval celebrations and hunting parties, to entertain royalty and impress visitors with the bishops’ power and wealth. From Bishop Auckland, the Prince Bishops ventured forth to broker royal marriages, lead armies into battle and advise kings.’

Bishop Auckland station connects the town to nearby Darlington, home of The Stockton and Darlington Railway, the worlds first public steam railway. 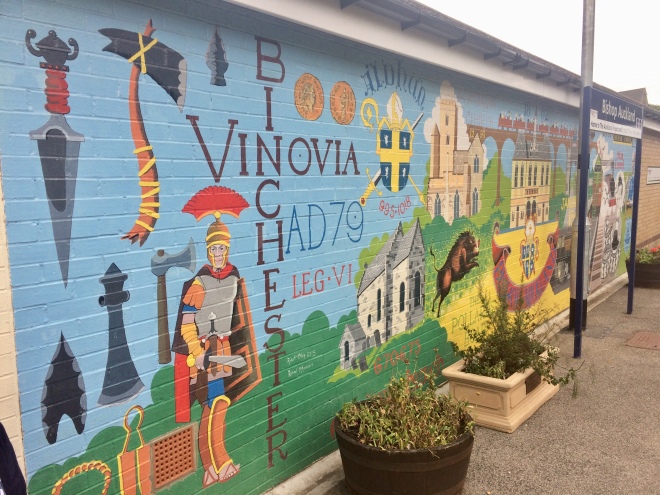 A cool fact to share is that Stan Laurel went to my school. Laurel hit fame as half of the comedy duo Laurel and Hardy, Laurel being British and having family roots back to the town. As I was leaving King James I Academy in 2005, the school celebrated it’s 400th birthday. Again, a school with a long and proud history that is hard to maintain in a small coal mining town in the 21st century.

Next to him, Bob Hardisty. A football player that spent most of his time playing for Bishop Auckland in it’s glory days, winning multiple amateur trophies. On the 6th February 1958 a plane carrying the Manchester United football team crashed during take off, tragically killing 23 of those on board. With such a huge team losing so many players to the disaster, players were signed from elsewhere. One of these was Bob Hardisty, one of three players from Bishop Auckland’s that then signed for Manchester United. It is pretty crazy to think one of the biggest sports teams in the world signed players from my town.

Another historical fact relating to football is from the neigbouring town of West Auckland. This town is famous for winning the first ‘world cup’ of teams from multiple European nations, and for beating Juventus 6-1 in 1911 to defend the title. Juventus now is another footballing giant, the team Cristiano Ronaldo currently plays for.

But that was then. Growing up in the early 90’s I remember the popular market near the Town Hall and the busy high street. I remember twenty taxis lining up on a Saturday night to take those from the surrounding areas to and from the busy weekend nightlife. And I remember through my teens seeing the high street slowly die off and businesses close, being replaced by boarded up windows and betting shops. The town hit a low point for sure and to be honest I am glad I left when I did as there wasn’t anything for a 21 year old, or anyone for that matter.

However since being away my mum has been keeping me updated with everything that is happening in the town. And every time I hear something it has been positive. My first experience of things improving was the beginning of what is now and regular event called Kynren, taking place annually in the fields around the castle.

Kynren, linked here and at the bottom of the post, is a spectacle performed on Saturdays between June and September. 2,000 years of history is reenacted before 8,000 people in theater style seating, including music, horses and hundreds of volunteers with theater style backdrops. It is very impressive and has gained attention nationwide and intentionally. It was inspired by a very similar event called Puy du Fou in Western France. 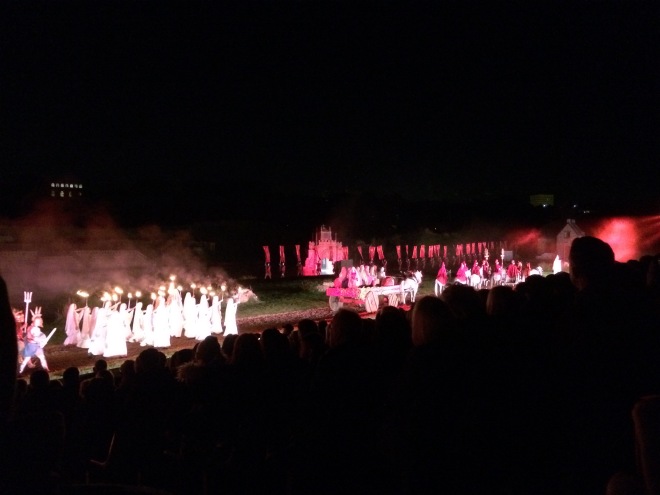 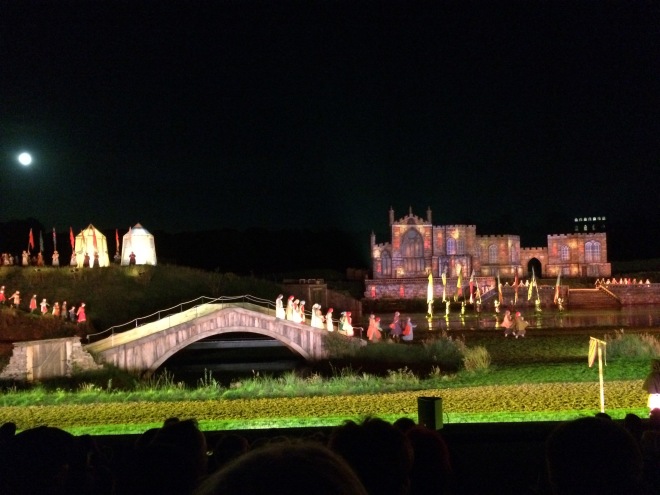 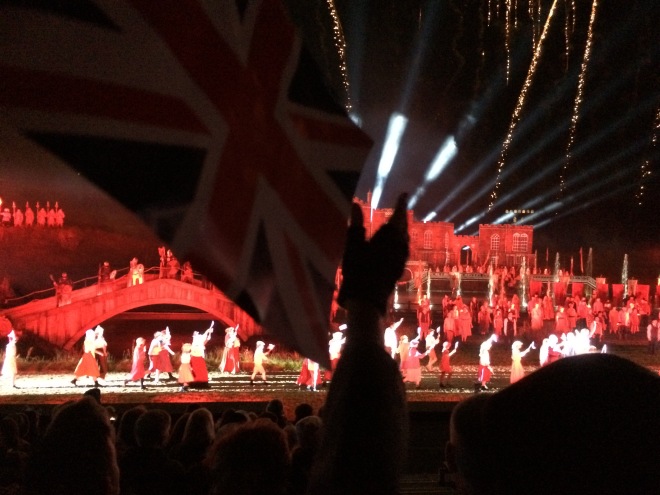 This is one change for the better in this town. And The Auckland Project has an aim to restore Bishop Auckland’s glory days. On their website the following can be read about the project:

The Auckland Project is like nothing you’ve come across before. It’s a project that spans over a thousand years, seven venues in one beautiful setting.

We’re all about Bishop Auckland, a small town but one with a big history and big ambitions.

And that is exactly what it is. A small town with a big history.

For many centuries, Bishop Auckland was a thriving market town but since the demise of the mining industry, like many British towns, it has been affected by an economic and social decline. Today, we intend to use art, faith and heritage as a ‘circuit breaker’ to drive regeneration in the local community.

‘Our Founders vision’- The Auckland Project

It seems to be doing just that. Jonathan Ruffer is the founder of The Auckland Project and has invested a hell of a lot of money into the town. He is a multi millionaire using his money for good and wants to see the area rise again.

What started with ideas, thoughts and aspirations is now becoming reality, but there will be no finishing line for us to cross. By its very nature, this project is long term and the broad vision at the heart of our journey will not be limited in direction or time.

What a great guy.

I am not sure what the Storm Troopers are here for, but they don’t know the epic fight that is imminent with the vikings just down the street.

Were they vikings by the way? I am not sure exactly. 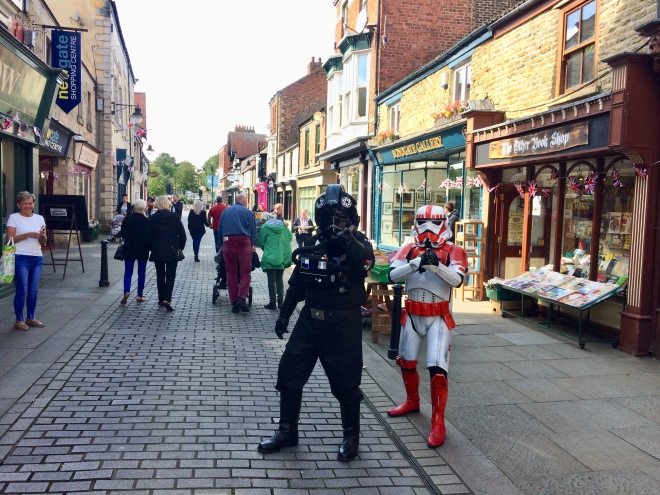 One thing I regrettably didn’t do was head up Auckland Tower, seen in my first pictures in the post.

This tower is 29 meters tall with a viewing platform 15 meters up, offering views of the surrounding area. I think it is a nice addition to the town and seeing it in what was once a slowly dying market place gave me great belief that the town may see a revival.

And of course this isn’t the only town that has struggled to keep its head above the water. It is a sign of the times, industries and the way we live changes and these changes can be pretty rapid. We no longer rely on high streets for our weekly shop with online shopping. And the country doesn’t rely on Bishop Auckland anymore for it’s coal. Instead, like many areas the revival comes with tourism. And if anything the problems towns and even cities face in an ever changing world is a good thing as it forces regions to improvise and improve. Nobody likes change however it is vital for anything to last. Adapt to the times or die. And I am glad Bishop Auckland is clearing it’s weeds and is seeing a new burst of life.

I hope it continues, and I hope you enjoyed this post about my home town. It is a place I have loved and hated in equal measure growing up, but that’s any hometown I guess. But I am very proud of what it is doing currently, enough to want to blog about the place and I would highly recommend experiencing Kynren if you are in the North East.

See you again soon from my next stop!

Kynren- an epic tale of England

24 thoughts on “Back to my hometown after two years away”