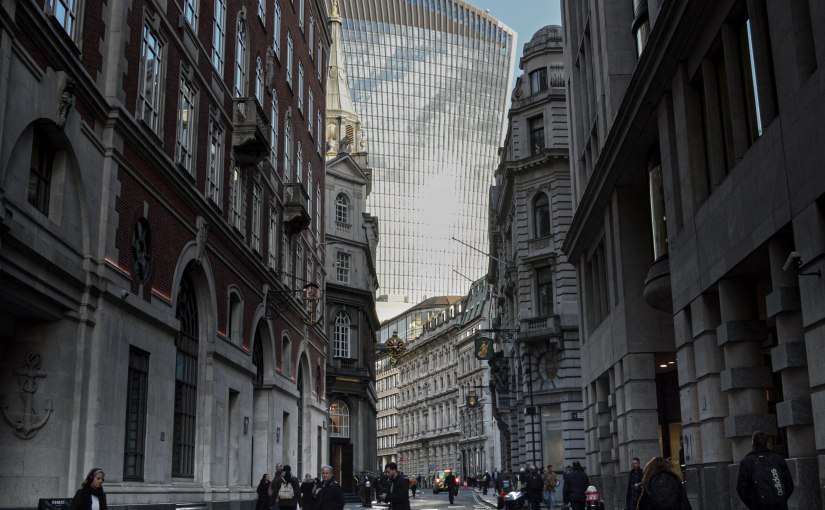 When I was younger I always imagined that the skyscraper clusters of cities would be the most active. Like all of the time. The sheer scale of them and how they light up at night, they always look alive 24/7. Especially with how movies love to pan over them during scenes.

But this isn’t the case. Outside of the 9-5 they are lonelier areas providing nothing more than a skyline to gaze at. A beautiful skyline. London has great skyscrapers and despite not being the biggest in the world, have a lot of character. From the Gherkin to the Walkie-Talkie to the Shard (which is in fact the tallest in Europe), they aren’t dull to look at.

Below is 22 Bishopsgate. I managed to get this shot whilst the sun was bouncing off it onto the commuters below. This was originally planned to have a ‘helter skelter’ shape and be even taller, but was abandoned during the early stages of construction in the 2008 recession. The height was also scaled down as to not interfere with the flight path of London City Airport. 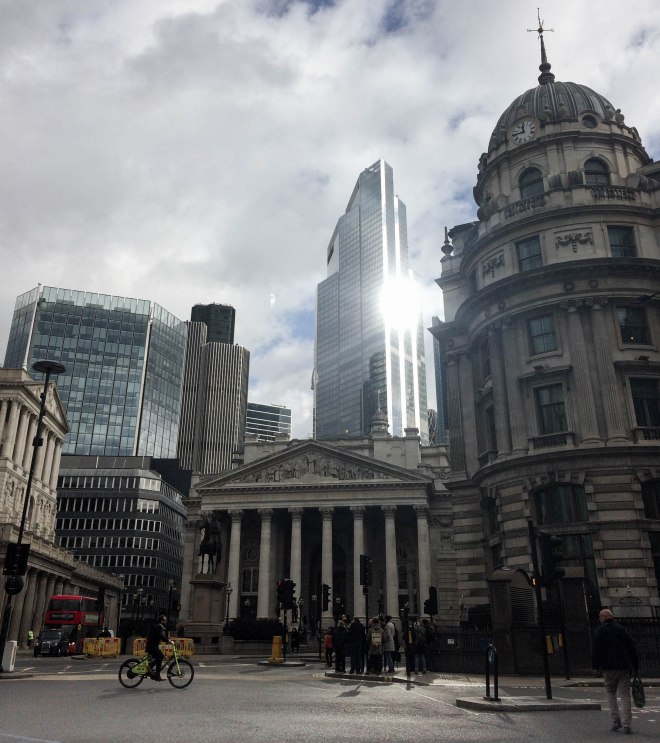 I have always loved skyscrapers, and the UK has been behind in building these. But we are in Europe afterall, and skyscrapers are only just seeing the light of day in this continent. One reason being it’s history and not wanting to distort the view of historical buildings. I guess there are more rules around what can be built around historical sites. 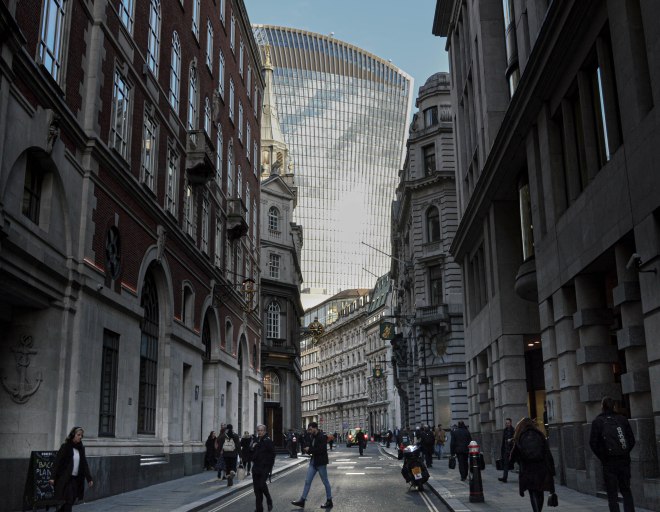 The Walkie-Talkie, towering above the street below. With the floors above being wider than the ones below, sunlight caused a problem during construction. The beams of light reflecting off the glass hit the pavement and scorched it, melting a car and caused people to fry eggs in the street. The news report below was quite amusing to watch at the time.

I think London is now in a skyscraper boom, with clusters in the City of London (as seen in these shots), Canary Wharf and also Vauxhall. As I have mentioned I like them, but understand they aren’t for everyone.

What about yourself, when you think of London do you associate it with modern buildings such as the London Eye and the Shard, or the historical sites such as Big Ben and Tower Bridge? I guess the older attractions are still the most popular, but who knows what the future holds. The castles and bridges are constantly shrinking under the sight of these huge towers, maybe they will create a legacy of their own…

Due to the Coronavirus outbreak I am somewhat limited as to what I can do in London, but I aim to post as much as I can during this time. I promise to have some great posts coming your way once this is all over as I continue to explore London.

Want to reach out to other bloggers and find new blogs? Introduce yourself here!