The above picture made me think a little about life and nature. It is easy for us to differentiate between the lush, green city parks and the man-made concrete and steel jungles surrounding them. One seems much more natural than the other.

But the reality is they are both as natural as the other. The buildings are products of humans beings that are products of nature. If they weren’t natural, they wouldn’t be there. I love the sight of skyscrapers rising as much as the flowers around them, and this is why I love city life.

This is a re-blog of Pamela Breitberg’s post seen via the link below. 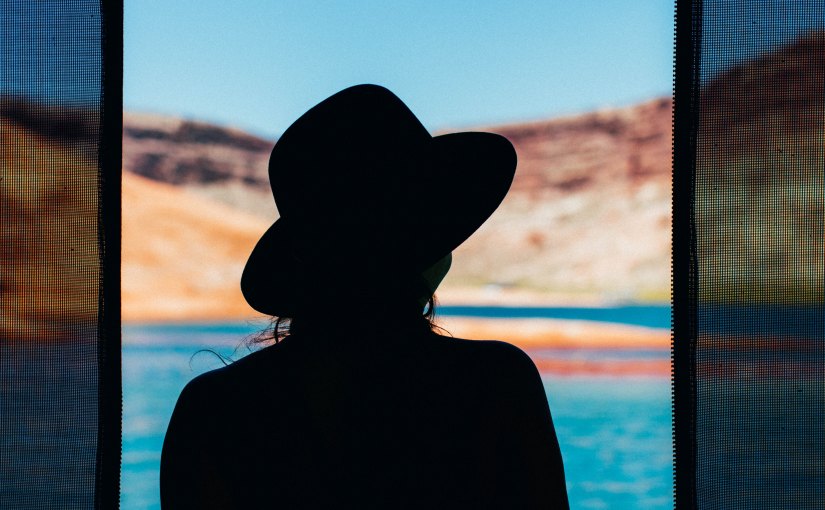 This post is dedicated to someone I see every Friday at 2pm. I don’t ask to see her, but she is there. I don’t know why she is there, nor what is going through her mind when she arrives. It is a weekly reminder for me that the mind is one hell of a crazy place to be and despite sounding like something you would read in a novel, is entirely true. 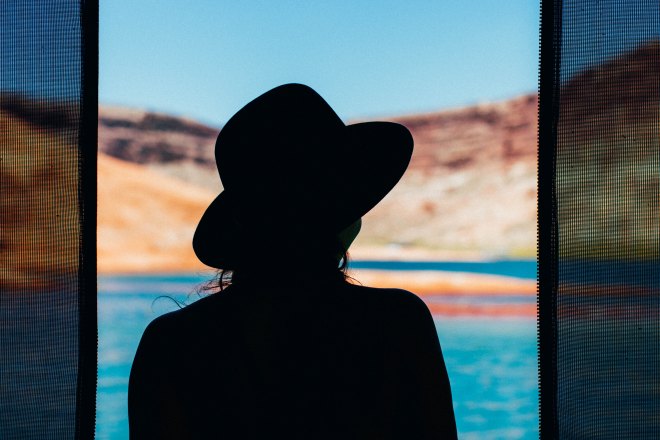 After searching ‘lady’ on Unsplash, this is the image that I found to be most fitting to the post. I wouldn’t want to take an actual photo of the person I am about to write about, nor take photos of my workplace. The image above is very similar to what I see weekly and I am really eager to share this particular experience with my readers.

I started work exactly two months ago on September 11th. A place of work with fantastic views of Sydney Harbour. It is no surprise that we get many people walking by that pause for a moment for a photo opportunity or a little reflection. This is when I first met Princess, doing just that. She was standing there wearing a hat, gazing out of the window just above the stairs leading down to the quay. Wearing a red dress and showing no signs of distress or needing any kind of assistance, her back straight with good posture, gazing straight out to sea. Nothing strange about it, until the duty manager told me that this is what she does every Friday at 2pm. This is one part of her routine. I have since learned that every Friday she comes in from east side of the building (if you were viewing Sydney from a map) and stares out the window, a little further up from where I first saw her. She looks out over the harbour for about ten minutes, before moving down towards the staircase that takes you to the waterfront on the west side of the building. At this point she doesn’t immediately make a move downstairs, instead she gazes for another ten minutes out to the ocean. She then proceeds to make her way down the stairs and up towards the Opera House. What she does after this is unknown. 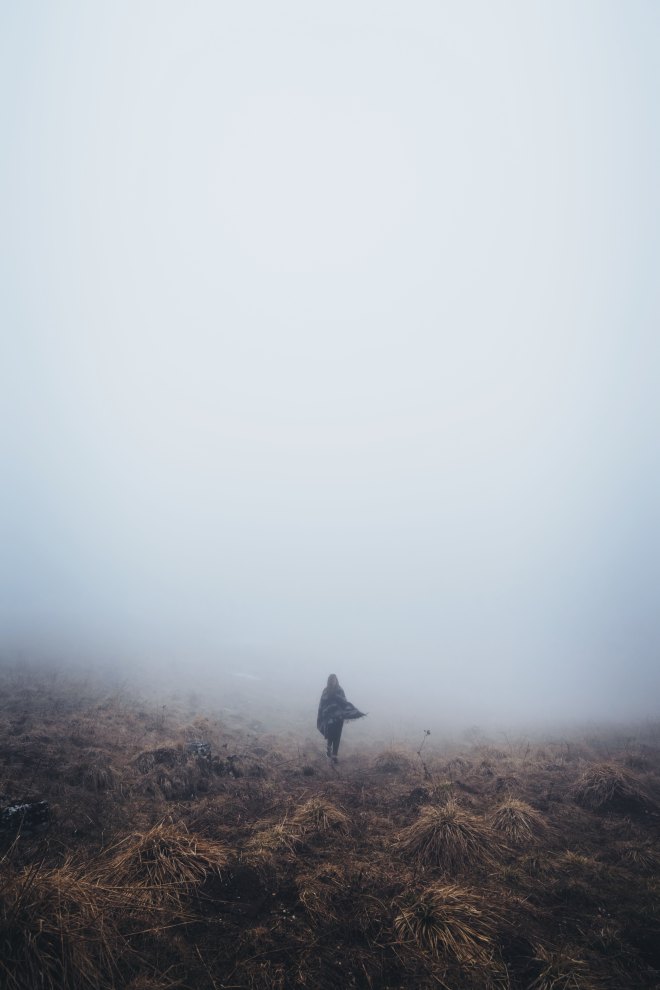 It might be a good time to tell you how we know her name. We don’t. It was a name that just stuck after some colleagues attempted to talk to her. If you try to talk to her, she walks away. She won’t leave the premises, she will just leave your presence. She doesn’t say a word during the 20-30 minute visit, however it is guaranteed she will be there again on Friday as she was yesterday. This visit is for some reason necessary for her. The same duty manager followed her one day out of the hotel, with a little distance as he was curious as to where she goes. This is how we found out the Opera House is her next destination. Unfortunately DM duties include being at the property at all times, meaning his time outside was very limited. This and the fact that it would be disrespectful to stalk someone that is seemingly of no harm. As far as I am aware no one else has tried to gain more answers, and despite it not being a big deal for most staff that know of her I would love to find out more with each and every Friday I am in the building.

How crazy. In her mind, she wakes up and then makes her way to our building. She then sticks to the same routine without fail and carries out her silent duties. Are we the first part of her journey? Is her whole day planned like this? Is the rest of her week spent with the same rituals in different establishments? So many questions can be asked here and it is a shame that I probably won’t be able to find out if she remains so reluctant to speak.

No matter where we go in life, the mind is probably the craziest place to be. Each and every one of our heads contains different logic and reasoning. We all have interests and desires, different daily rituals and routines. Then, there are people that vary much more in their behaviours, people that act in ways that we cannot understand despite trying our hardest. How many people lead similar lives in a city the size of Sydney? I am sure this one example is the tip of the iceberg.

As big as the bunch of keys is that is strapped to the waist of the duty manager, the one key we don’t have is the one to unlock such a mind. The most crazy and mysterious door of all.

Do you sometimes feel that the world comes to you instead of you walking towards it? Like a video game, the character is constantly occupying the centre of the screen and it is the environment that slowly moves closer. The player movements create an illusion that the opposite is happening. I got that feeling on this very walk. 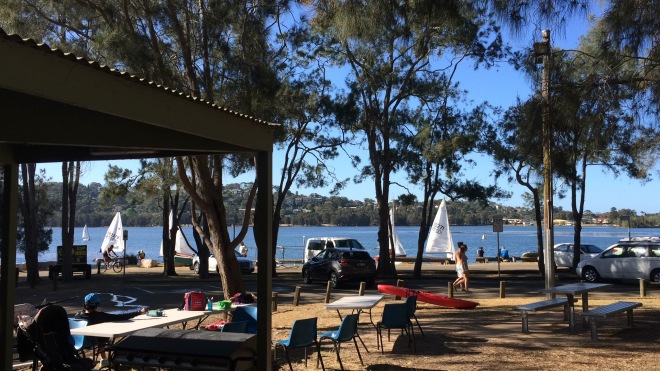 This was taken around the circular walk that is Narrabeen Lagoon. I was introduced to this lovely walk by my family when I first arrived in Sydney. It is a little further north near the Northern Beaches and is great for everyone. Runners, cyclists, walkers, joggers, families, dog owners… you name it, they love this flat circular walk around the 8.4km circuit track.

As I was sitting in one of the few cafes on route, I stopped and thought of my constantly changing perspective. I though of the world as a whole, and how no matter where we are standing on Earth, we always appear to be the ones on top looking upwards to the skies. The lake is big, but small enough to locate where I was standing thirty minutes ago across the water. It was fascinating to see the trees that towered over me as tiny dots on the horizon, what was full scale now barely visible. What I could barely see directly over the water was the place I was now sitting with people previously too small to pick out.

Do you sometimes feel that the world comes to you, instead of you walking towards it? I guess that it a part of the simulation theory, that everything is being simulated on a supercomputer and we are the players unaware.

If we are, thank you Player One for making my simulation bearable. Don’t pull the plug just yet, I am having fun. 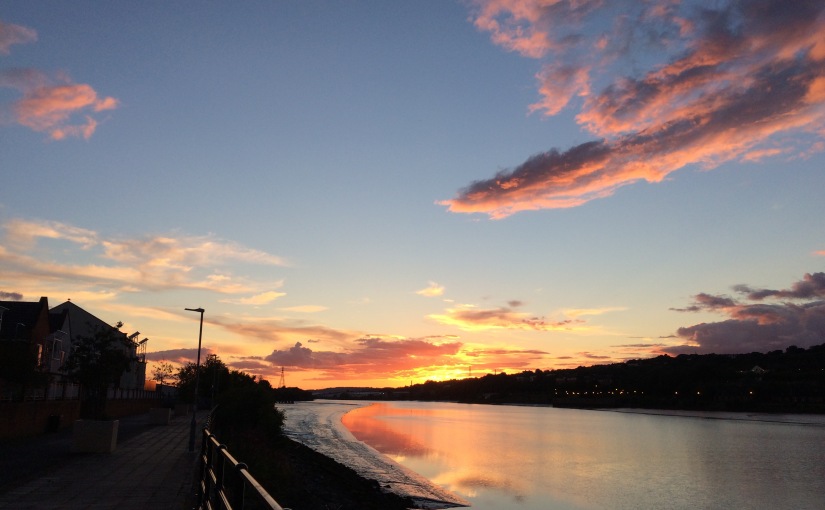 Here in England, we don’t often see the sun for large portions of the day. Today is no exception, however is setting in style. 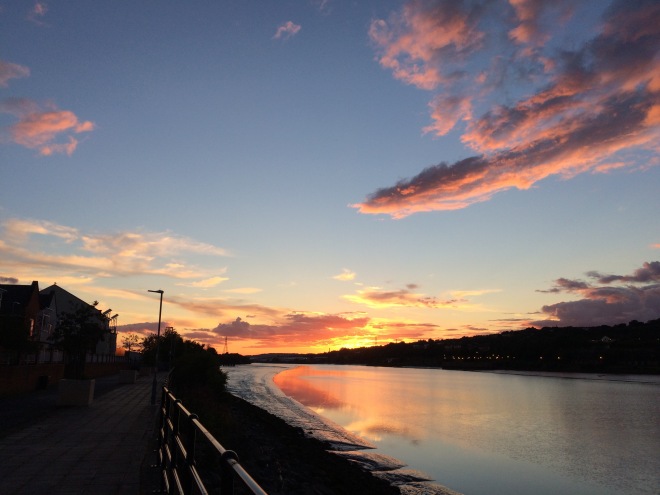 Even if it was behind clouds all day, late is better than never at all.

I try to see life in the same way. 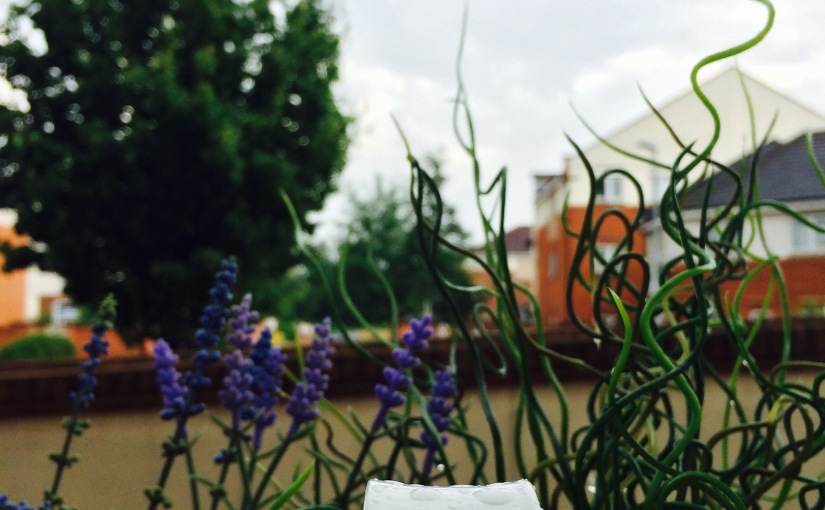 I wanted to post a little earlier than usual today due to a huge roar of thunder. You know the ones you can almost feel as well as hear. The ones that put your windows and underwear to the test. 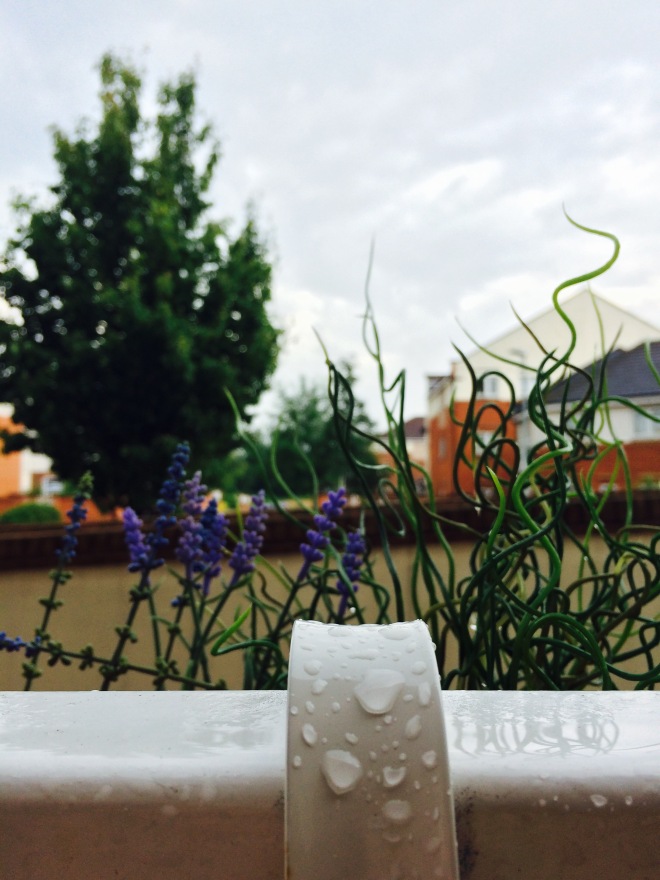 I was still half asleep when I climbed over my bed and to the curtains, looking out to horizontal rain that I can only describe as painful had I not been sheltered. I love this kind of whether but for a different reason. I was hoping to have a beer outside as I did when I took this picture a couple of days ago, I don’t think today will be the day. 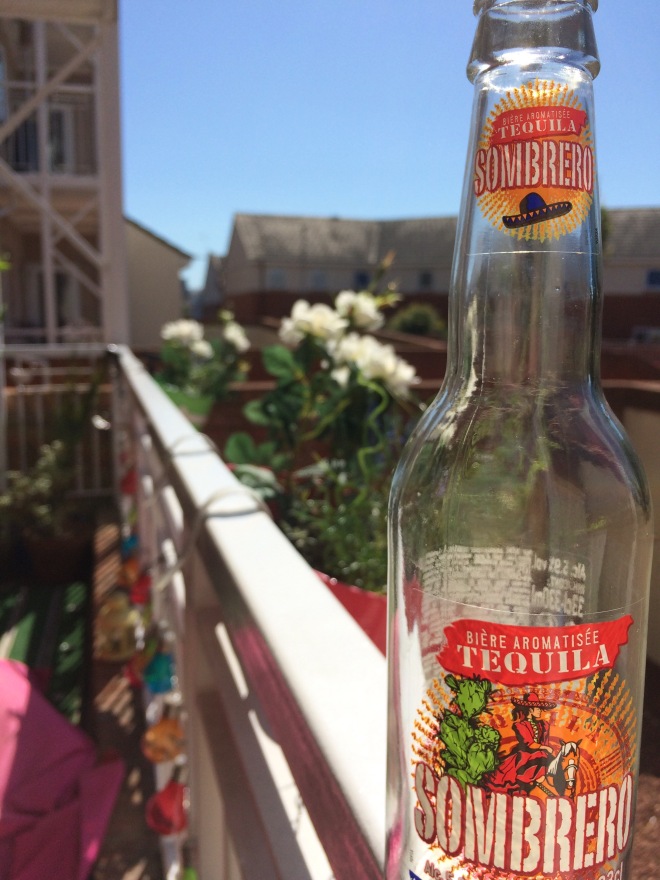 Sadly I didn’t stay awake long enough to watch the whole show. My body wouldn’t let me. It is sobering to think that I can only wake up when my body says so. I fall asleep when it says so too. I only came into existence when someone else’s body said so, that’s really crazy. My atoms were always out there somewhere, not organised enough to form a consciousness. The storm today was incomprehensibly small compared to the ones I have missed over the billions of years before my existence, smaller than the ones happening right now throughout the universe.

I shouldn’t solely blame sleep with this in mind, being awake doesn’t help much either. As I have posted previously, all we can do is stare and wonder. We know some of what goes on up in space, this isn’t enough to grant our senses the ability to focus on it.

It is frustrating to know what we cant see but it is pretty amazing that our species is developing tools that overcome this. Thankfully the future looks brighter than the skies today. 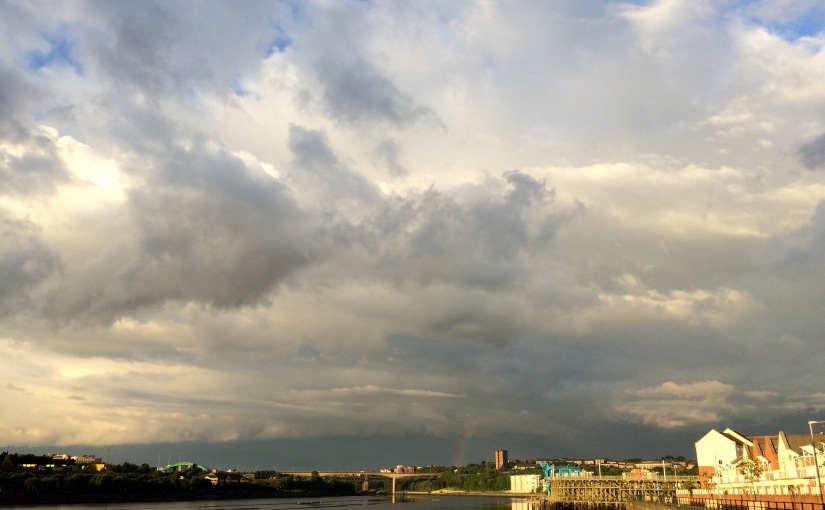 And just like that, it changes. Just as the grey was becoming tiresome, the sun beams through brighter than it ever has, adding colour like it was 1967 again. 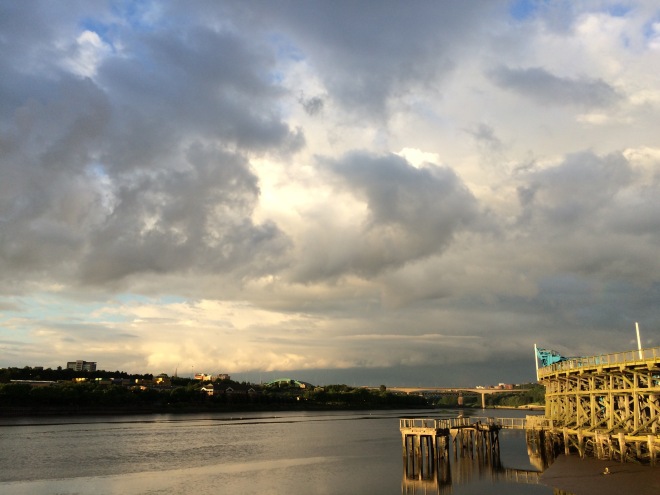 Like the good old battle of good vs evil, the positive ending justifies the unsettling lead up. The positive outcome welcomed, appreciated that little bit more. 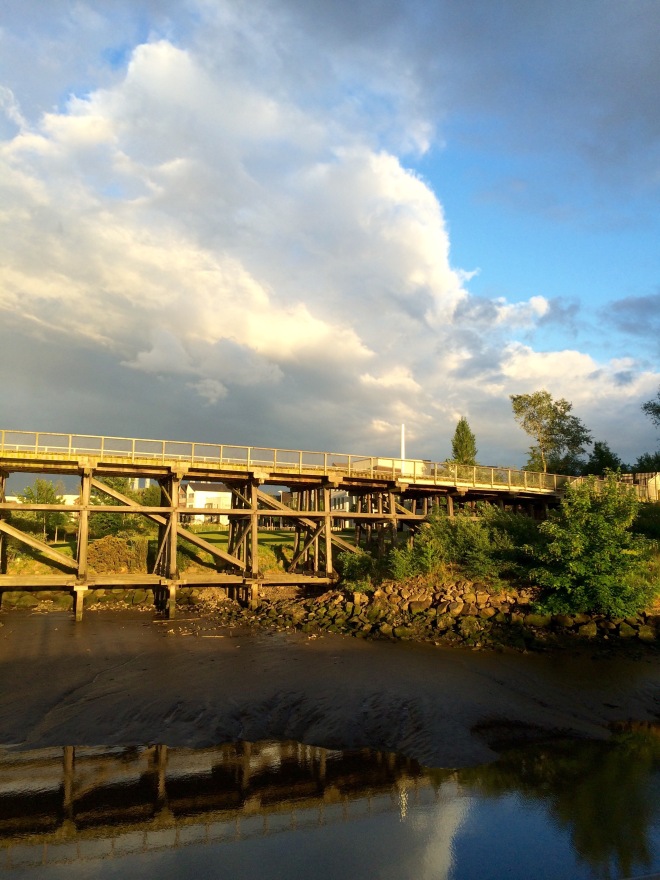 Often the case here in the UK, probably the tenth time this cycle has repeated today. As much as I enjoy the changes, seeing the light pierce through makes me value the sun even more than I always do, enough to make me put on a jacket and experience it first hand before it falls victim to the horizon once more. 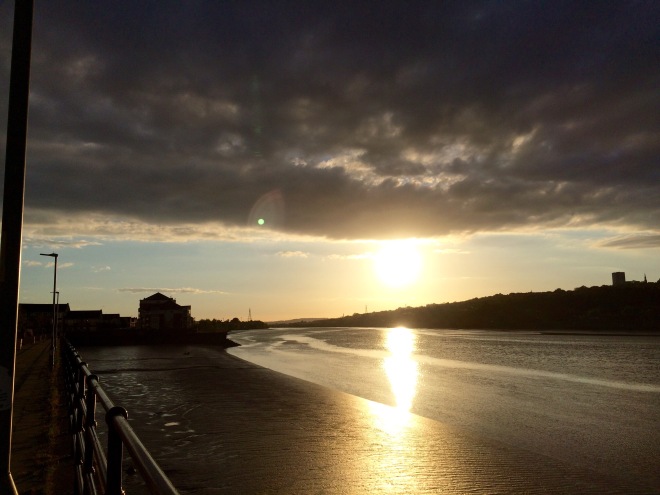 If the sun isn’t shining where you are, it will be soon! 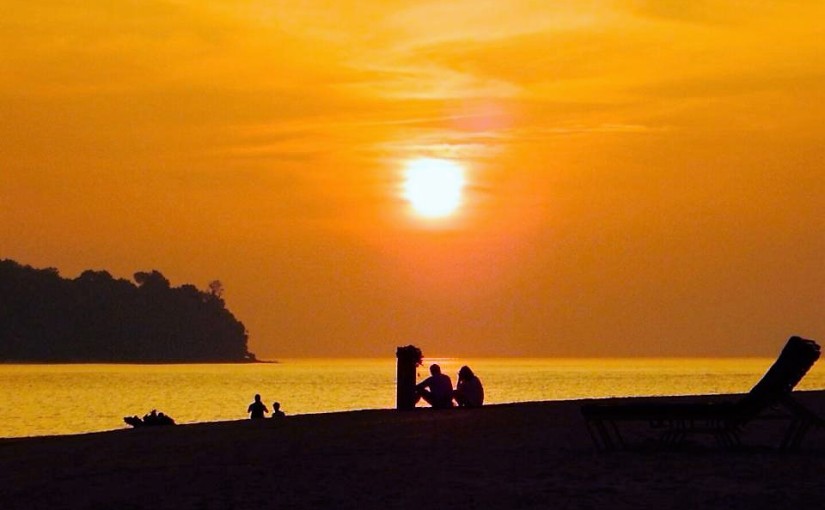 Isn’t our sun incredible when it isn’t trying to kill us to death? Bright enough to blind us and hot enough fry an egg. We are always quick to praise ‘perfect’ nature, despite doing so much to avoid it from finishing us off… 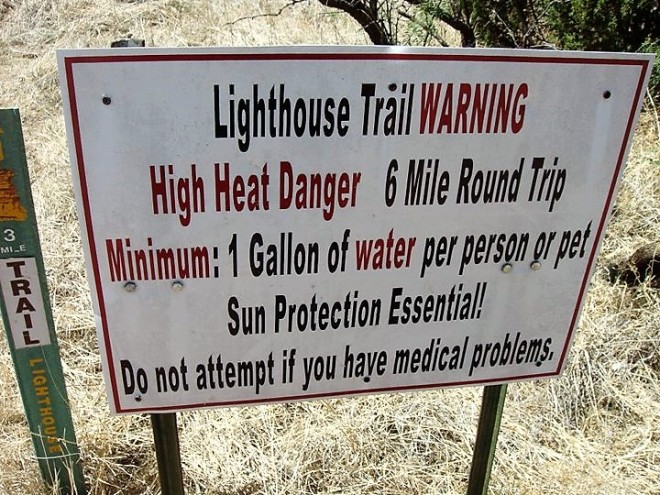 I would much prefer honesty when talking about nature. Why do we constantly hear that our world is too perfect to not have a creator, told by people wearing glasses and hearing aids, spending a shit tonne of time using air conditioning and sun cream? Nature is awesome but it can be a right little shit at times.