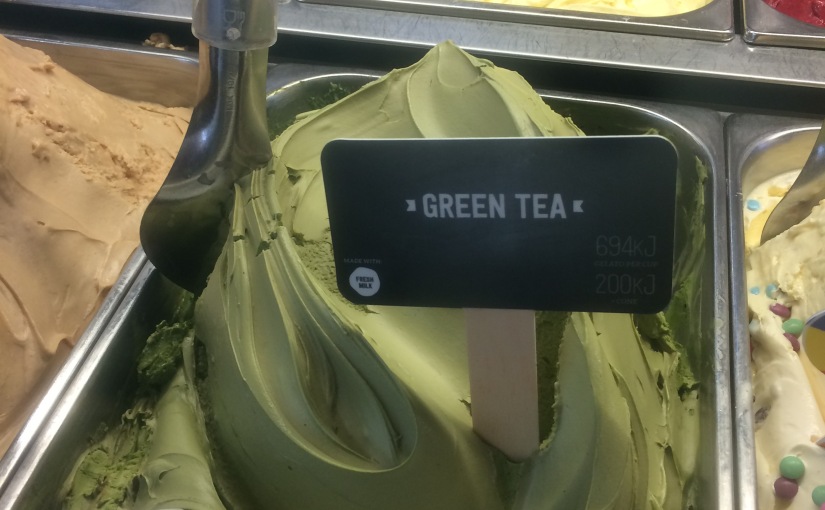 One thing I kept freaking out about before moving to Australia was changing my address details everywhere that needed it. How many places did I need to change them? My bank, my phone contract, my dentist… I knew I would forget at least one or two and it’s pretty impossible to remember everywhere you provide them. 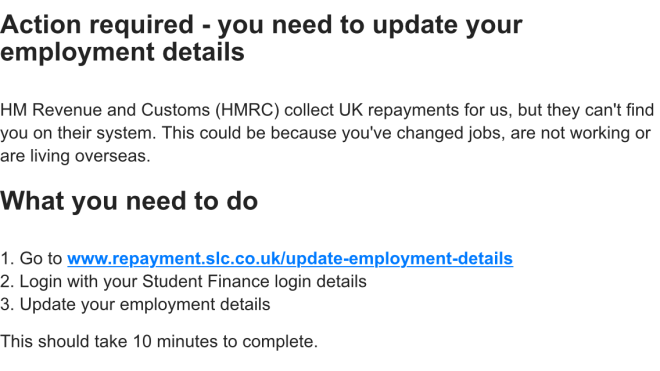 Sometimes it can be hard to get hold of companies and businesses. Understandable I guess, there will be millions of people using the same services. But if you want to ensure that you will be able to contact them, not paying is a great way.

Not that I want to promote criminal activity, this was an honest mistake. My philosophy is that if I spend too much time thinking of how to save money, I am not devoting enough time on how to make money. This is where the creativity comes in. The ideas and ways to positively engage with a wider audience. I would much rather pay for the services I use legally and find ways to earn a great enough living so that the costs seem minimal. Some people save so much that the day never comes that they lived to enjoy it, that freaks me out a little. I am not one to spend, spend, spend, it’s all about a positive balance and having a treat once in a while.

Spend but don’t be conned, save but not for too long. 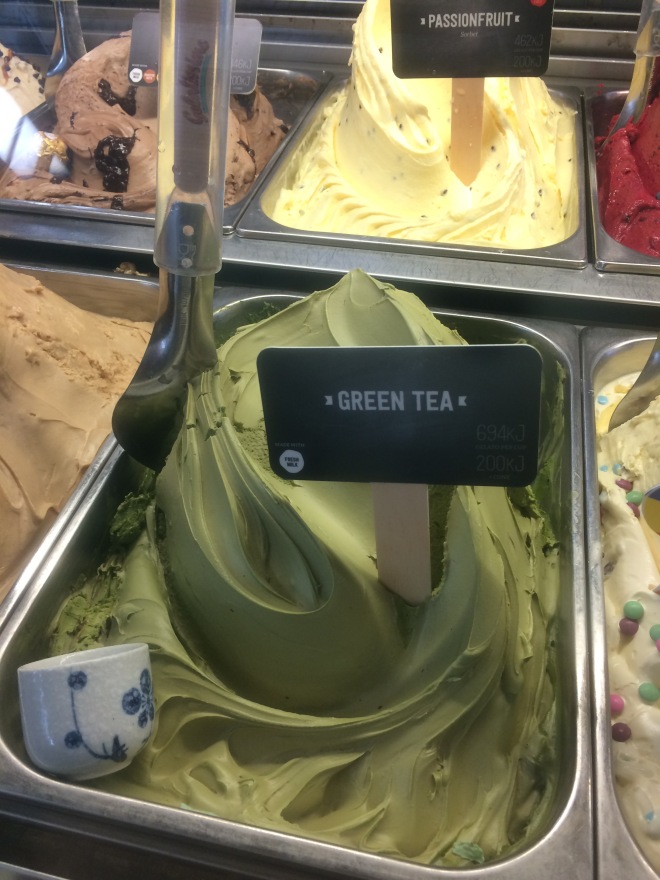 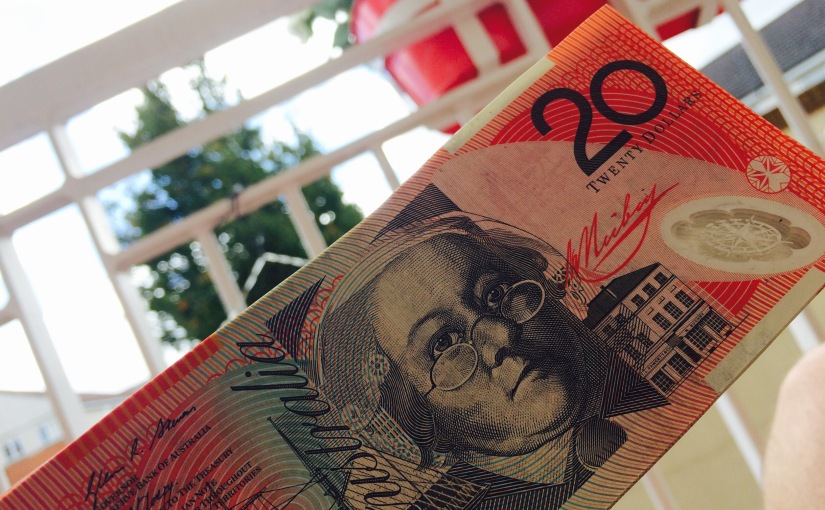 After a mild panic attack at the thought of buying flights to a fictional country, I sat and looked at my dollars. My Auntie gave me them, more than she should have. As she won’t be able to make it up to see me before I leave, she put the money it would have cost for transport in a card. I would have refused if she was here personally. I will ensure it is put to good use. 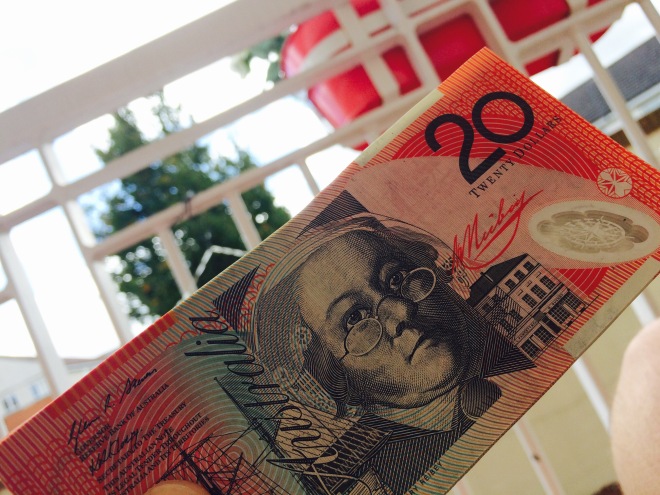 I like the colour. One thing I prefer Aus $ over US $ is the colouring. I wouldn’t care which I had in my wallet though, it would mean I was travelling somewhere and currency doesn’t rival experience.

For now, it is a bookmark for this book she also bought me as a little present. A fun read!

Tomorrow I will be in Edinburgh for the Fringe Festival. Expect photos of weird and wonderful street acts and beautiful architecture.

Today, it is all about the Euro. Many of you liked yesterdays post so I thought it would make sense to let you all in on my next few days worth of plans (or lack of), before boarding that plane to the Mediterranean.

For the record I am not taking much money to Spain. Roughly…hold up, where is the Euro symbol on my keyboard?!

*does a quick Google*

I will probably take the least amount of money out of my friends, I don’t feel I will need as much money this time around. It is only for a week and it won’t be involving many costly activities or travel outside of the resort. I will buy cheap food, drink and the occasional taxi to and from popular districts. I also need to save £3000 for Australian customs later in the year, I have been warned that not having this amount in my bank account is enough for them to turn me away, and I don’t want to travel for 35 hours to be turned away.

It seems this isn’t often checked but that is not a risk I want to take. Sometimes in life risks are the best things we ever do, other times they are just plain silly and if anything, hinder any opportunities awaiting us. Can you imagine the awkwardness of a 35 hour flight back? I hate being rejected from a bar for being too drunk let alone an entire country.

I have found Travel Cards to be very useful. Mine is operated by MasterCard and therefore can be used anywhere (in certain countries only) for up to three years. Any bars, restaurants, ATM’s. I was warned there would be a (grabs iPhone) €2 charge at ATM’s but with no charge for using the card directly anywhere this won’t be a problem. I would much prefer to lose a card and be able to cancel it instantly than lose a whole wad of notes with colours almost as bright as the sun. The kind of notes Hubble would be able to detect on the surface of Mars… whilst it was observing Jupiter.

Are you one to take plenty of money on a trip, or does it depend on where you are heading? I have never been one to take extortionate amounts, then again any long term travel I have done was paid for by working out there, thankfully I was paid by my current job half way through my months travel in Brazil last year. It has been a long time since I went on the typical week or two week holiday, in fact it is the first ‘lads’ holiday I have taken in my life, tradition for males in their 20’s.